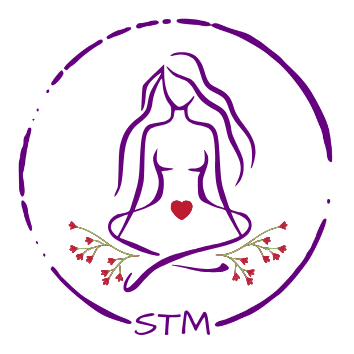 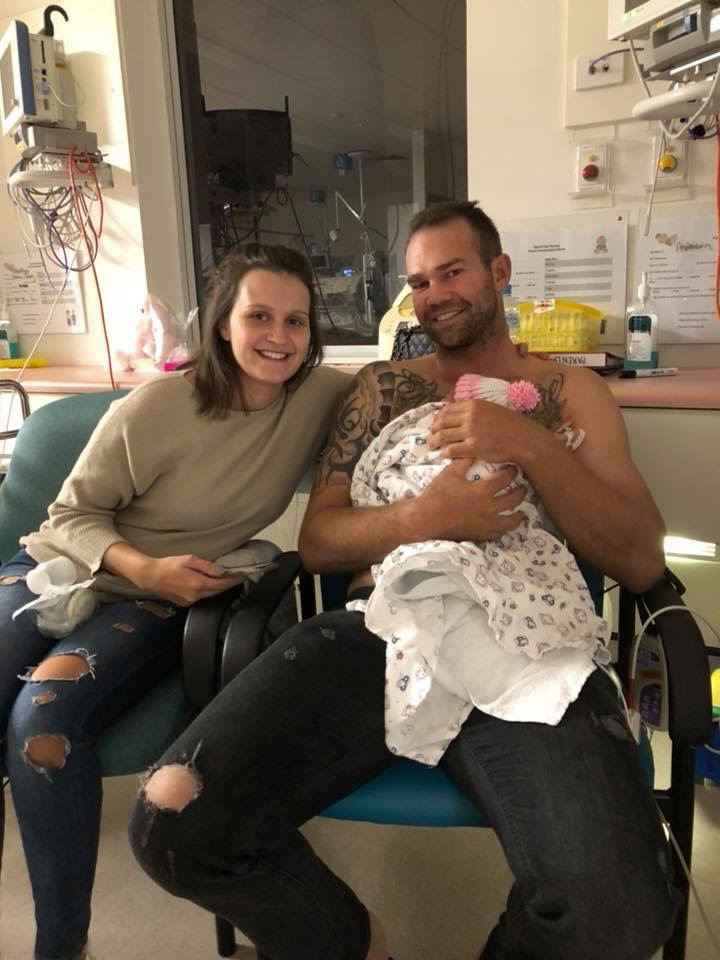 There is something very unique about supporting the birth of one of your family members. Your heart melts in so many ways that I find it hard to put into words. I have been sitting with the experience for a week, allowing the space to let the words come. I can’t quiet get it out of my heart and into words, or is it I really don’t want too?

There is a part of me that likes it that way. Before all the labels come and describe the indescribable. In reality I won’t be able to describe it. It will just be a group of words that will be pointing to the experience of Love in Action.

So here we go…

From the moment Scott and Nikki were pregnant a new level of love opened deep within in me, for them. Although my relationship with Scott has always been strong, and I have been through many experiences of highs and lows with him. This was different. He was now going to be a father. A dream that he has had as long as I can remember.  A dream at times, he felt may stay as a dream. This desire to be a father has been very strong in him since he was a young boy.

His dream was now coming true…

Scott can be blokey or a footy boy to many, but to me, I see the vulnerable, soft and tender side, the resilient, strong, loyal, playful and thoughtful side, and at times the blokey bloke too!  I knew he would make a great support to his wife and daughter to be. He wasn’t so sure of that himself, so guess thats where I came in! 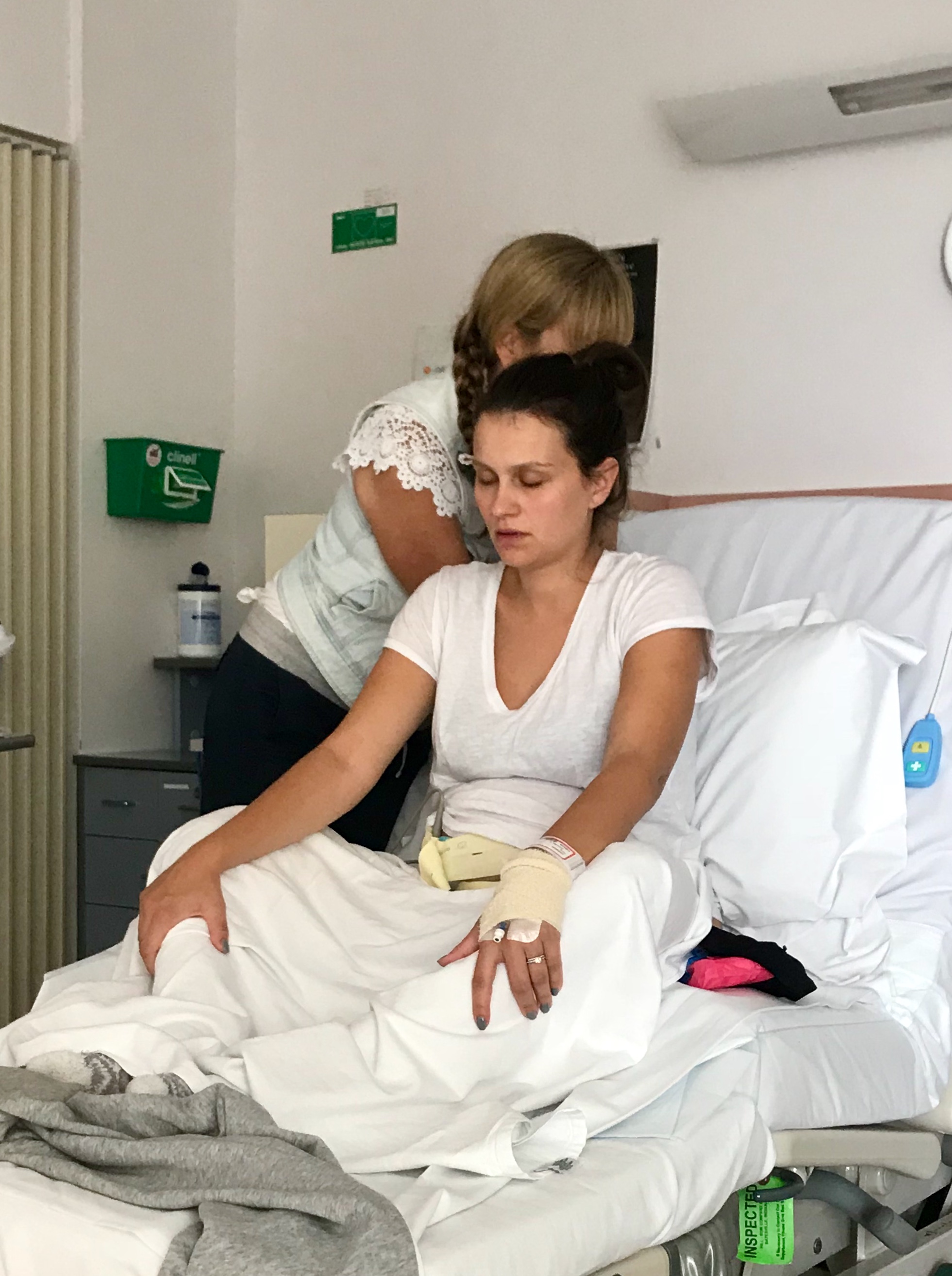 When I received the card in the mail I thought it was the invitation to their baby shower, so I opened it at school in front of all the kids and parents, well wasn’t I a blubbering mess (in a good way). I thought the card was the baby shower invitation right up until the part where they mentioned my name. The poem my sister- in-law wrote showed me another part of her that she hadn’t revealed up until now.

A strong woman is one who feels deeply and loves fiercely.

A strong woman is both soft and powerful.

She is both practical and spiritual.

A strong woman in her essence is a gift to the world.

Tracy, we believe that you are the strong woman that can guide us through bringing our precious gift into the world.

Will you join us in the delivery room?

Nikki comes across as quiet to many. She may be quiet on the outside, however so much is going on in the inside. Her and Scott have a lot in common. Like Scott, she is strong, resilient and loyal. She is caring, gentle, polite and respectful.

She is private and likes her own space to retreat too.

She also is extremely courageous and has already sat on the edge of her fears, come face to face with them many times and moved right on through them, incredibly brave.

She is a woman of few words, but when the words come out, they are either full of depth, necessary or a crack up!

Together they make a great team. Adding me to their team was a deep privilege. Knowing how they worked helped me in knowing how to support them in labour and birth.

Soon as I saw my Scotts number come up on my phone I knew we were on!  Nikki was only at 32 weeks and her waters had just broken. So, I was open to things flowing a little differently. I packed my supplies and off I went. I had a 1 and 1/2 hr drive ahead of me. I got to the birthing suite and she had some niggles, but nothing to big at this stage. The doctors decided it was best to prolong labour as long as they could to allow little babies lungs the best opportunity for growth. They wanted to get 2 steroid injections in before baby arrived, as it turned out that is all there was going to be time for. Little Lily was on her way.

Scott and I went home and Nikki was moved to maternity ward. We were there first thing the next morning where she had started having some decent surges of the uterus, even though she had the drugs to try and prolong labour, it was obvious Lily had other plans!

This pre labour stage was a good time to go over our tools of support we had worked on with three of us altogether. I had already had a few discussions about breath work, positioning and the power of her mind. So fortunately she was prepared and was already connecting with her breath as her surges came. Throughout the day we flowed with her surges, breathing, massaged and meeting each surge with pelvic or sacrum holds. Keeping her hydrated, fed and calm was mine and my brothers priority.

The evening came and we had to leave. From the staff’s point of view, her surges were not intense enough to be thinning the cervix so the cervix was long and closed after all those 4-6min surges all day long. This can be a time where mums can loose their focus and fall into the arms of fear, hopelessness and anger, as they hear of the news that all their hard work seems to be doing nothing!

Energetically I felt very differently…as I tuned into her body and all the signs her body and baby were giving us I could feel she was in prep mode.

Her breath and deep focus was allowing her body to condition, nourish and prepare her uterus for deeper action! Giving her the best possibility for a shorter active labour. If we use the analogy of a dry sponge. Slowly water is being added to the sponge, drip my drip the sponge becomes softer. The only change we may see is it expands as the water moves into the sponge, but it still looks like the sponge. However, now the sponge has more water flowing through it, it’s more flexible, stronger and more open to move more freely. Now that sponge is conditioned, it’s more flexible and ready for action!

It felt like she would move into active labour very shortly. This stage feels similar to transition. It is a transitional time between pre labour and active labour.

We went home at 9pm.

She didn’t sleep and moved into active labour at 2am and was 2.5cm dilated.

From 2am to 5am her cervix was powering and she was 8cm dilated. I must add she did this entire time on her own without us ( don’t rely on a labouring mother to be the contact person to let you know to come back, haha) and although it was tough, she had a few tears and with the help of her mid wife stayed on track.

We arrived around 6am. My brother and I jumped straight into our roles of support. We flowed with my sister- in-law’s surges. She was breathing deeply and releasing the primal sounds of a birthing Mother, very focused and in control of her own labour.

I felt her relax now that Scott and I were by her side. Scott was impeccable, he didn’t miss a beat. Nikki was strong and solid.